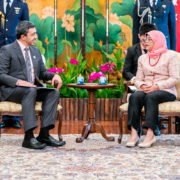 Premier: ‘Kuwait’s joy is ours’
Scroll to top