PM orders an air bridge of humanitarian aid to Nepal 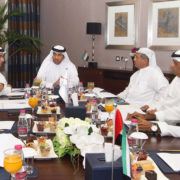