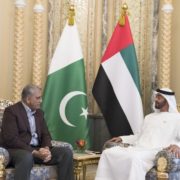 Britain says ‘no’ to Military Action Against Syria