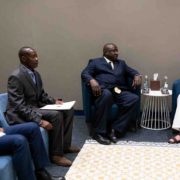 UAE leaders send cables of condolences to US VP