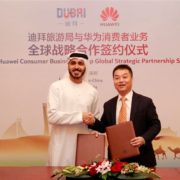 SMEs to get large chunk of Expo 2020 spend