DubaiSat 2 in Russia for Launch 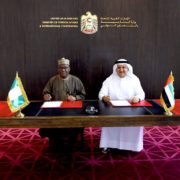